We prepared the release candidate of OpenCV 2.4.3 for you. This is possibly the final release in 2.4 series, and it should be the most mature OpenCV version to the moment. Please report any problems while we are still in the bug fixing mode.

As Halloween gets closer, we prepared the release candidate of OpenCV 2.4.3 for you. This is possibly the final release in 2.4.x series, and it should be the most mature OpenCV version to the moment. Please, try it out and report any problems, while we are still in the bug fixing mode.

Big thanks to everybody who sent us the bug reports, contributed new functionality and patches and helped us in any other way!

As usual, the packages are available at SourceForge (https://sourceforge.net/projects/opencvlibrary), or alternatively you can download the source code from https://github.com/opencv/opencv/tree/2.4.3-rc.

The nicely formatted changelog can be seen here: http://code.opencv.org/projects/opencv/wiki/ChangeLog; here are the highlights:

SPECIAL NOTE for Ubuntu x86 12.04 users: By default OpenCV is now built with “-O2” optimization flag instead of “-O3”. The compiler in the 32-bit version of Ubuntu 12.04 produces incorrect code with “-O3”, so it’s strongly recommended not to use this flag.

You are welcome to try out the latest and greatest OpenCV!
The final 2.4.3 is expected within ~2 weeks and then we will start working on 2.5, so if you plan to use 2.4.x for a prolonged period of time, please, let us know about any serious problems in 2.4.3rc that you found – file a report at http://code.opencv.org. We are going to spend the time before release working on the remaining issues reported there. 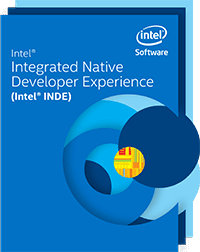